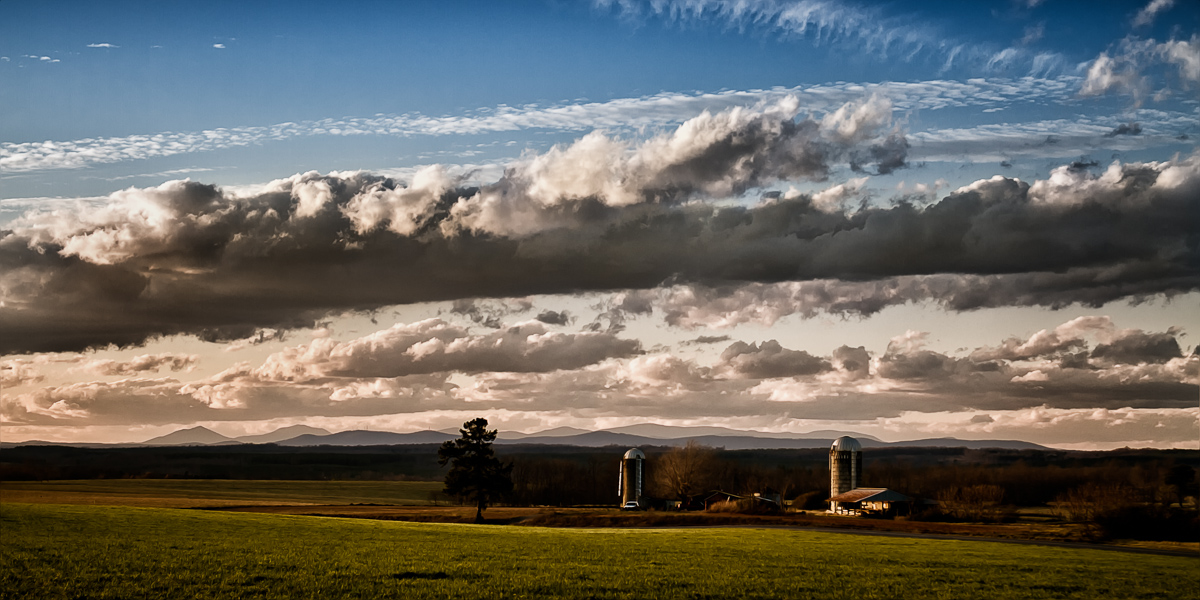 There are several things that I can’t pass up when I’m on a “photography mission.” A nice farm spread out across the image… and the Blue Ridge mountains, especially the Peaks of Otter.

When these two elements combine in the light of a sunset… well there really isn’t much that can be done except make a few images!

The technical aspects of this image were somewhat straight forward again.

First off it is an HDR image, so I merged three exposures together to get the dynamic range I was looking for. Also it may be of interest to you to know that I took the three exposures without a tripod. The trick to this is to put your camera in burst mode and shoot several sets of brackets. Then when you merge them together it might be best to use Photoshops HDR feature instead of Photomatix or Nik’s HDR software, neither do quite as good a job of lining the different exposures up correctly as Photoshop itself does.

Third off. The image got saved back into Lightroom where I did a few tweaks to it before finishing it off in Nik’s Color Efex software.

That was how it came to be…