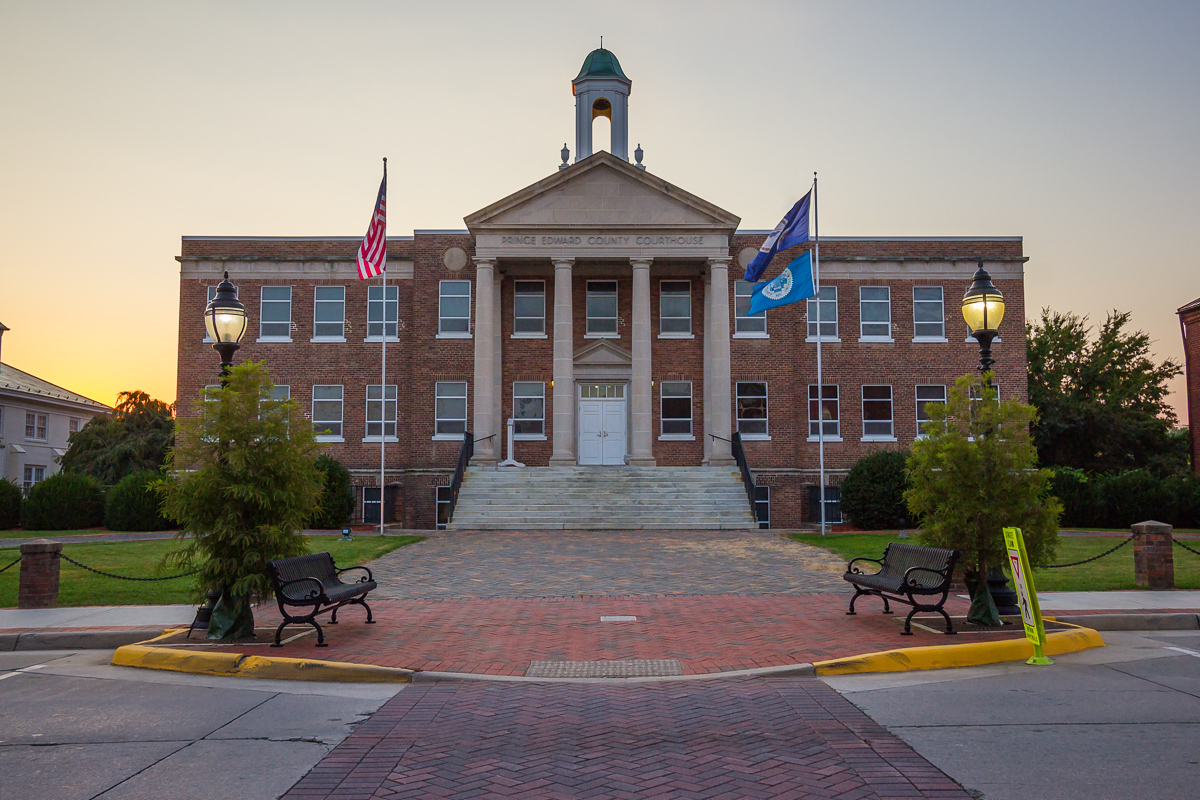 I hope your evening is going well. Today’s image is one that I made while doing a project over in Prince Edward County. The company I was photographing for had done some design work on the sidewalks and some parks near this place, but as I was walking by this courthouse I couldn’t help but stop and take this image.

So without further ado, lets get to the photo processing.

So the first thing you may have thought when you saw this image is that this is an HDR image. Well, I hate to disappoint you but it is… sort of.

Traditionally HDR (High Dynamic Range) is accomplished by using a number of separate exposures to create an image that has more dynamic range than a single image could capture.

In this case, because the image was shot in the RAW format, I was able to get all the details I wanted out of the single RAW file. This isn’t always possible, but sometimes it is.

That means it was simpler to create than a traditional HDR image.

I’ve been working more with the onOne Perfect Suite lately. I’m really enjoying what I can do with it. This image was taken into the plugin and I applied several different effects to get the desired look. A vignette, a bit of contrast, and a few other little things.

And there you go, that’s how we get an image like this.

Thanks for stopping by!
Eldon

Oh by the way, the newsletter is set to go out sometime Saturday. It’s been an amazingly busy week!