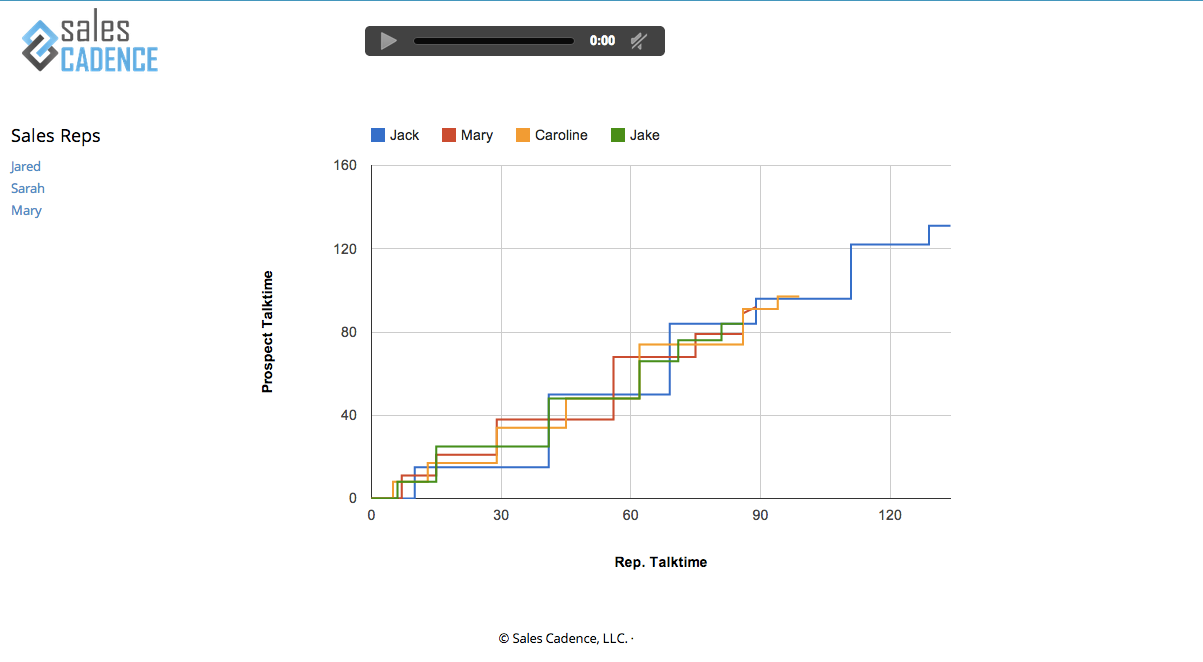 This past weekend I attended a startup challenge called Atlanta Startup Weekend.

First off let me say that an experience I wasn’t very sure about turned out to be a great expereince. I was able to join a team that was interesting and had a pretty good product to demo by the end of the weekend.

The sad thing is that I screwed things up. Pretty majorly.

Our App – A Very Quick Overview

The basic concept of the app was to provide analytics regarding sales calls. I won’t get into too much detail, but basically it would analyze a call and give the customer a feel for how engaged the prospect was during the phone call.

This metric would then allow sales rep managers to better coach those under them to make calls that were more “on message” and ultimately allow one sales rep to coach himself based on his “sales cadence” data vs that of his fellow sales reps.

Instead of creating something that would tell whether a particular sales rep was “good” or “bad” we wanted to specifically show the “on message” data from the phone call.

Our Team – A Very Quick Overview

Friday evening while everyone was choosing teams I ran into a Pete, the “man with the plan.” He convinced a few other developers to join us along with two folks with business experience.

By the end of the evening we had seven total on our team. As soon as we could we found our conference room and started discussing what exactly the product and app should do.

It took till sometime Saturday evening till it really felt like a pretty cohesive team and concept. By the end of the evening Sunday the team spirit was definitely there.

Our Demo – My Mistake

So here is the story that I referred to at the beginning of this post. In a nutshell, I made a mistake during our demo and it may have cost my team a top three finish. (this is quite speculative…)

As it came time for our demos to happen Sunday evening I was the one nominated (for some reason) to run the computer during the presentation and demo. I managed to run the keynote slides fairly decently if I may say so myself. Hitting that right arrow key to go to the next slide is something I think I could be very good at.

Then came time for the app demo. I wasn’t worried at all. I had double checked everything no less than five times within the previous 20 minutes. Everything was working just fine. The first page of the site, the app homepage, showed our data inside of a mocked up Sales Force interface. Once the initial “overview” was talked about it was time to head to the real “data” page…

I clicked the link… the page started to load… and then there was no graph. The crux of the entire app didn’t show up. I refreshed the page, considered a server reboot and about then our pitch time ran out and it was time for Q&A.

After Our Demo – What Went Wrong?

To say I was dissapointed would be an understatement. For some reason, something went wrong and the very thing that was supposed to sell our entire concept didn’t work. Honestly it felt like the entire week ends work went down the tubes.

After returning to our seats and trying to focus on the rest of the pitches, it didn’t take long to realize what the problem was.

Well our app needed to use a javascript library that is hosted by Google to actually build and draw the graph that was supposed to sell our app concept. Since I had recently closed and reopened my laptop, I had no internet connection. Thus the Google libraries couldn’t be loaded and our graphs didn’t show.

Overall the weekend was a really good one. I learned a lot of things and made a few new acquaintances/connections. There are a lot of ideas out there that apps and businesses can be built around.

As a team we built a pretty good app mockup that was really close to totally functional (like with real live data from a database) but ended up having to mock some of the data up in the end to be able to bring something together for the presentation.

I also rediscovered something else I knew. I really hate letting people down. [In someways it was very similar to a free throw I missed when I was in highschool.]

And that my friends was my weekend. Now back to my regularly scheduled Ruby on Rails classes at the Iron Yard.

P.S. I feel like I should at least say this…