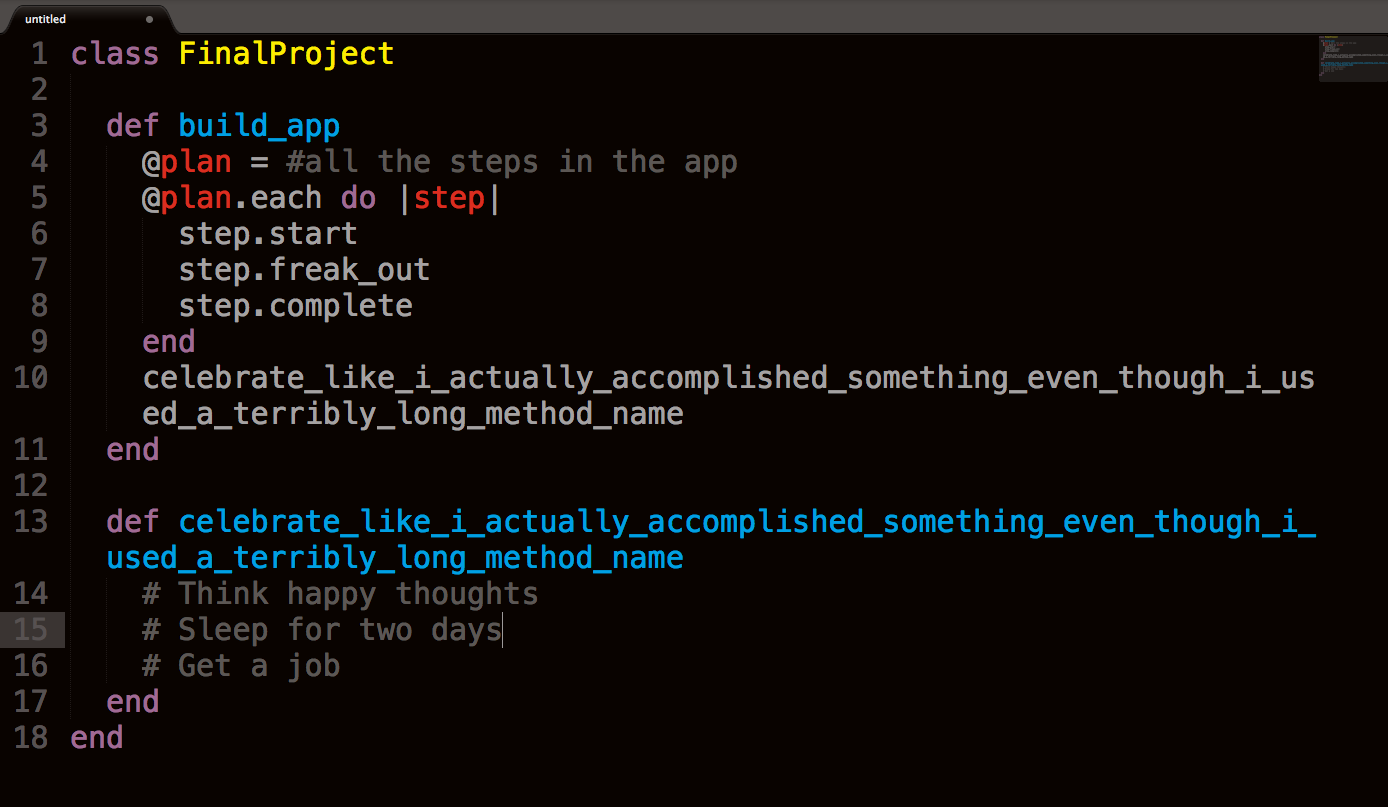 If my final project were code…

Two weeks from today will be the first Monday in twelve weeks that I don’t need to be at The Iron Yard for by 9 a.m. classes.

I think I’m going to miss some parts of it.

Anyway, we aren’t there yet. Like I said, that is two weeks from today.

Till then I have a singular “fairly large” final project to work on as well as a string of “fairly small” homework projects that will be based on in class stuff.

At any rate, I’ve done a fair bit of thinking about the project and in the past few days have actually started to build it. (I’ll show it to you when I’m ready to.)

There are a few things I’ve learned in the past ten weeks that I will definitely be trying to keep in mind as I work on this.

Here are a few that I’ve thought of…

Of course there are other things that I’ll definitely be keeping in mind as I code towards my goal. I just can’t think of them right now.