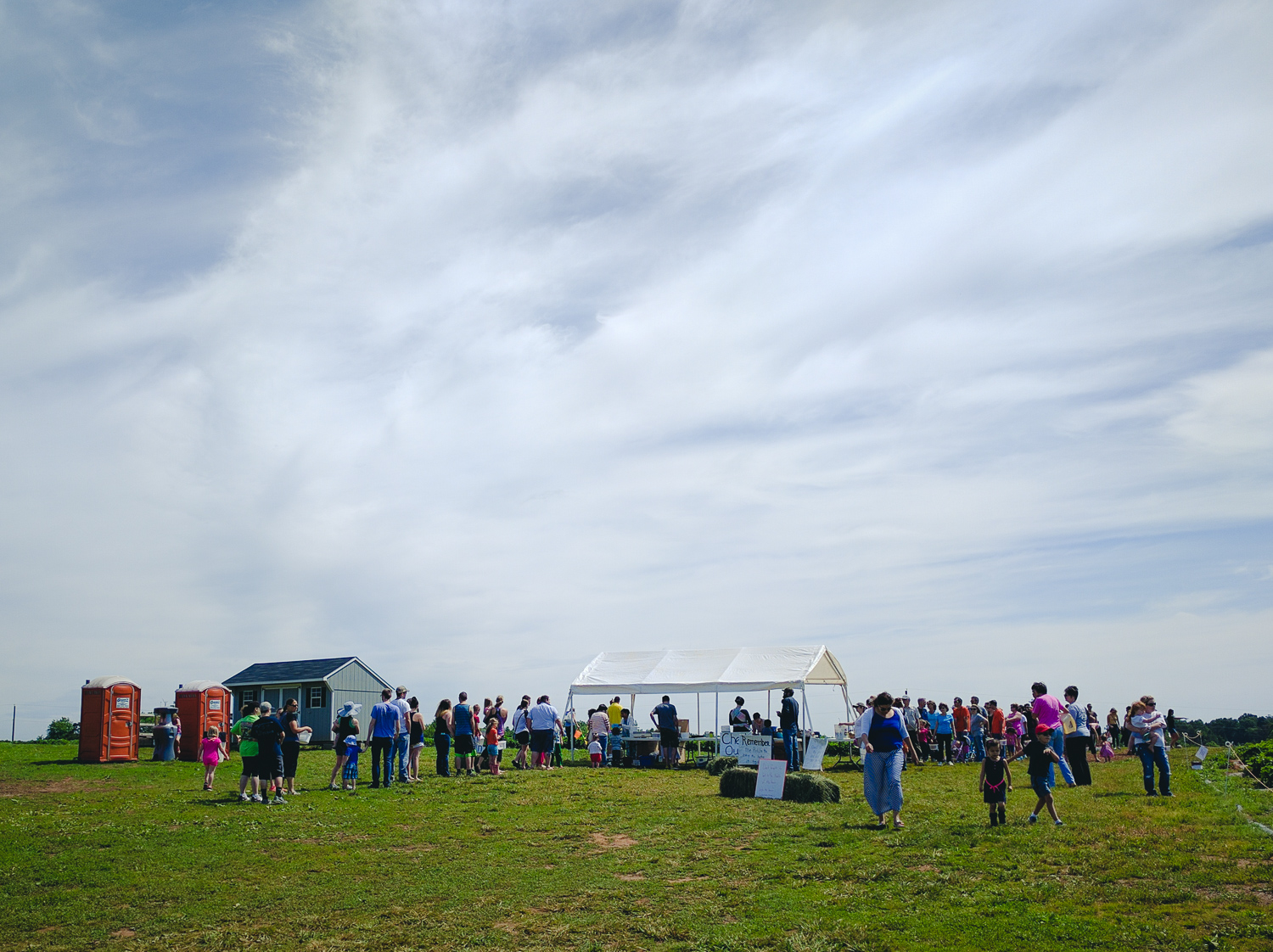 This past Saturday we had a lot of people come out to the farm to pick strawberries. We were/are right at the peak of the season so there was/is a lot of ripe fruit that needed/needs to be picked.

To hopefully get some more people interested in coming out to the farm to pick berries we added a few activities too on Saturday. We had pony rides. We had face painting. We had balloon art.

To top it all off we were also blessed with an incredibly beautiful day.

So… people showed up. Which is exactly what we were hoping for. The berries started to roll out of the patch and our two checkout lines and one checkin line were humming right along.

Diagnosing at the Problem

The problem seemed to be pretty obvious. We needed more people to be able to check out at once…

Only we couldn’t do that with a number of limitations that were quite evident. We only had three people to help at the checkin/checkout stand. Of those three only two had a scales that could be used for weighing strawberries.

Finding and Implementing a Solution

So somehow we needed to add more through put. We had the hard limitation of the “number of scales” to deal with. The second limitation (number of people available at the stand) was something that we could possibly work on.

What we ended up doing was this. I woke my sister up (she had just worked a 12 hour night shift at the hospital, and I was able to juggle things so that I could help at the stand for a little while.

It took a bit to get going, but once we got things figured out the line started to hum on through. In about a half an hour or so we’d cut the wait down considerably and were achieving new measures of efficiency. After an hour or so we had passed the busiest part of the day and were able to switch back to a two or three person doing “all the things” checkout operation.

Try Looking at What isn’t Obvious

Here is the deal about problem solving. It isn’t always abundantly obvious what exactly the “bottleneck” or “problem area” is. Too often we try to fix the symptoms of the problem instead of being willing to take an entirely new approach to the issue.

For a long while we were trying to find a third scales to allow for a third “weigh the berries and pay for them” line. It wasn’t until it became abundantly clear that that wasn’t going to work (we simply didn’t have another scales) that we started to think about how to rearrange what we did have to make things work better.

To be honest I was afraid that we were going to confuse people with the new setup and our plan to cut down the time they had to wait in line wouldn’t actually make it any better. Thinking through things rationally though I eventually became pretty confident that it would work… but the only thing that would actually tell us whether it would or not was to give it a try.

Singular Processes instead of Multiple

Where before the weighing of the strawberries and the actual taking of the money was handled by a single person, after the switch each person was either weighing strawberries or handling the money part of the transaction. Often it pays, I think, to focus individual resources on a single thing (this is why factories use the assembly line).

Well, I guess thats it. I’m not entirely sure what all this post is really about, but I like the idea of finding problems in life and figuring out a way to solve them.