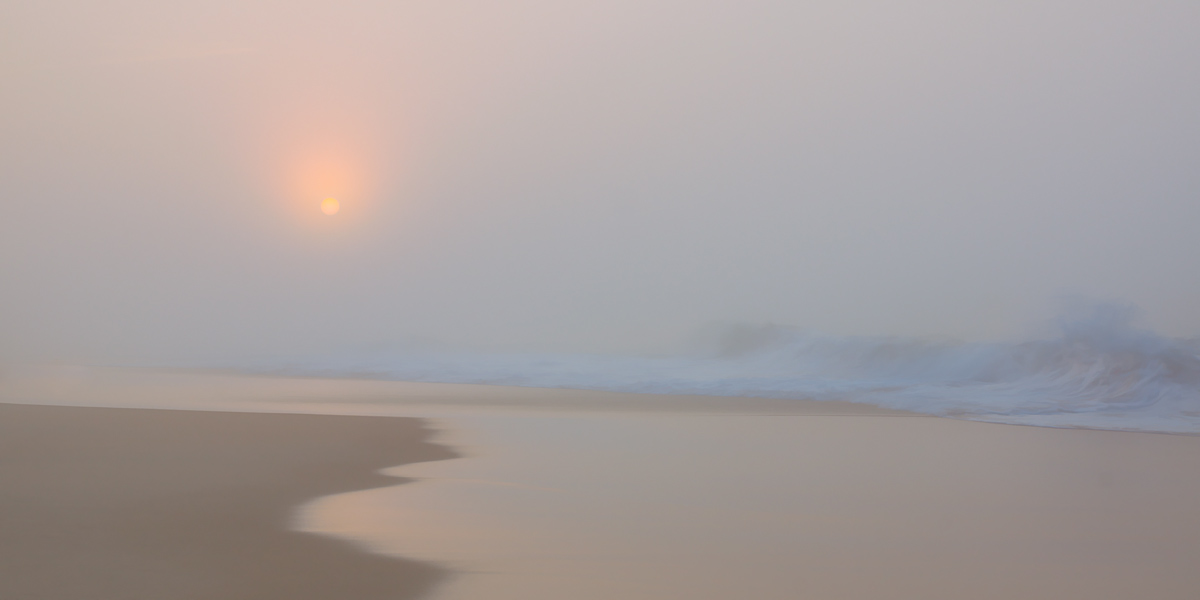 Through The Haze – Beach – Photo

Well this is it folks. The last of the beach shots. At least for now.

I only spent a few days at the Outer Banks and I really had a lot of fun the mornings that I got out of bed early and drove around and hiked around some.

I may eventually pull a few more images from the ones I took over those days and reprocess them and share them, who knows.

So now I’d like to go back to the ocean bu… I am working on planning a trip this summer with my cousin and my brother. Not sure where we will end up going, but it will probably be some place that offers some interesting landscape opportunities.

I shot this on a tripod and used bracketed exposure to capture three exposures that I could combine later in post processing.

I went through the same process that I did with the image that I posted the other day – the one with the video. The three files were merged to HDR in Photoshop and saved as a 32 bit tiff file that I could work with in Lightroom.

Now once I had the 32 bit tiff file and was back in Lightroom I brightened the shadows some and got rid of some contrast. It was a foggy morning and I was trying to get the final result to “feel” right.

Once I had exposure and stuff looking right I took the image into Nik’s Color Efex and played around with it some. But at the end of that I decided I liked the image that I had before I went into Color Efex better than the resulting image. So I went back to that image.

Finally I added a bit of split toning in Lightrooms develop module to finish the image up and give it a warm humid feeling.