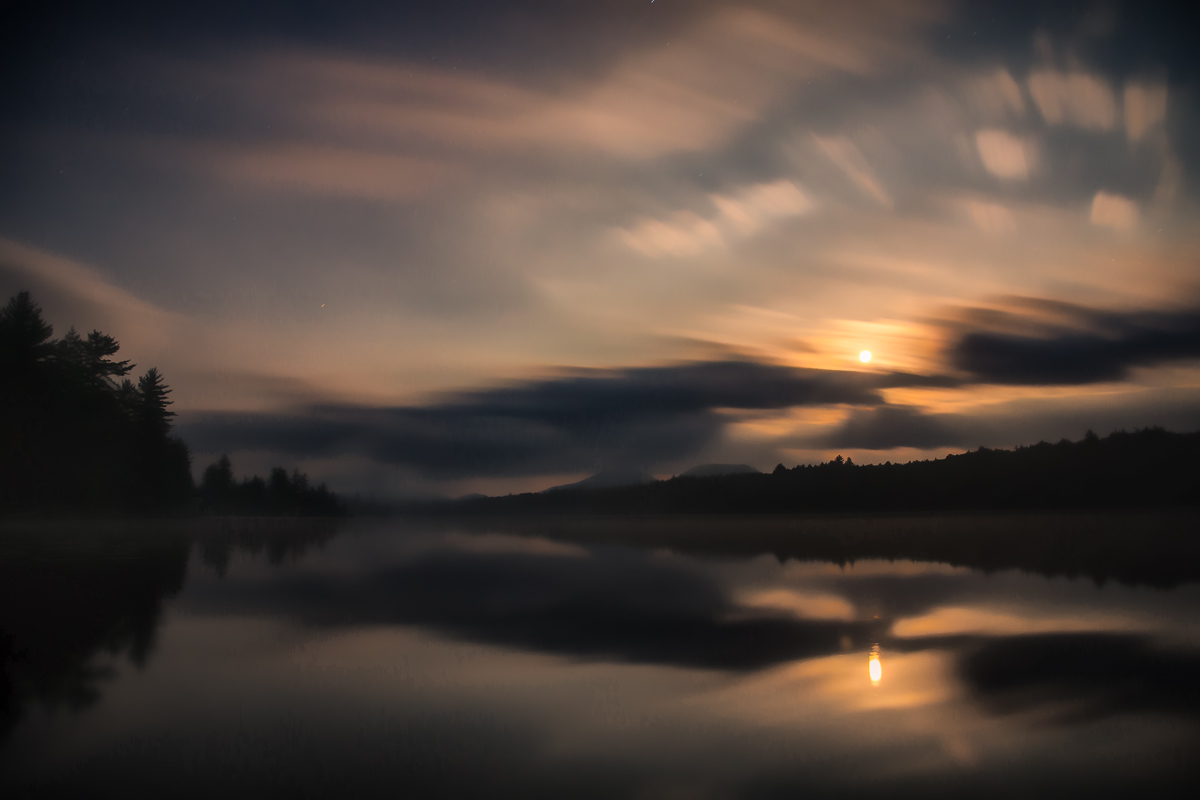 Night tends to be one of those times.

Probably the most important part of this exposure was the capturing of it.

Honestly there wasn’t too much magic to it, I set up on a tripod and set my camera to allow me to use my shutter release as a “bulb” to hold the shutter open until I wanted to close it. After playing around with it some I ended up with an exposure of 53 seconds… @ f-5 and ISO-200.

This allowed enough light to come into the camera to give me a bit of exposure in some of the middle tones of the image, but not in the very shadows. It also allowed for the “streaking” of the clouds to occur.

Finally I worked on the RAW file in Lightroom and did some finishing touches in Nik’s Color Efex.

That’s about it – A Blurry Night on the Lake…