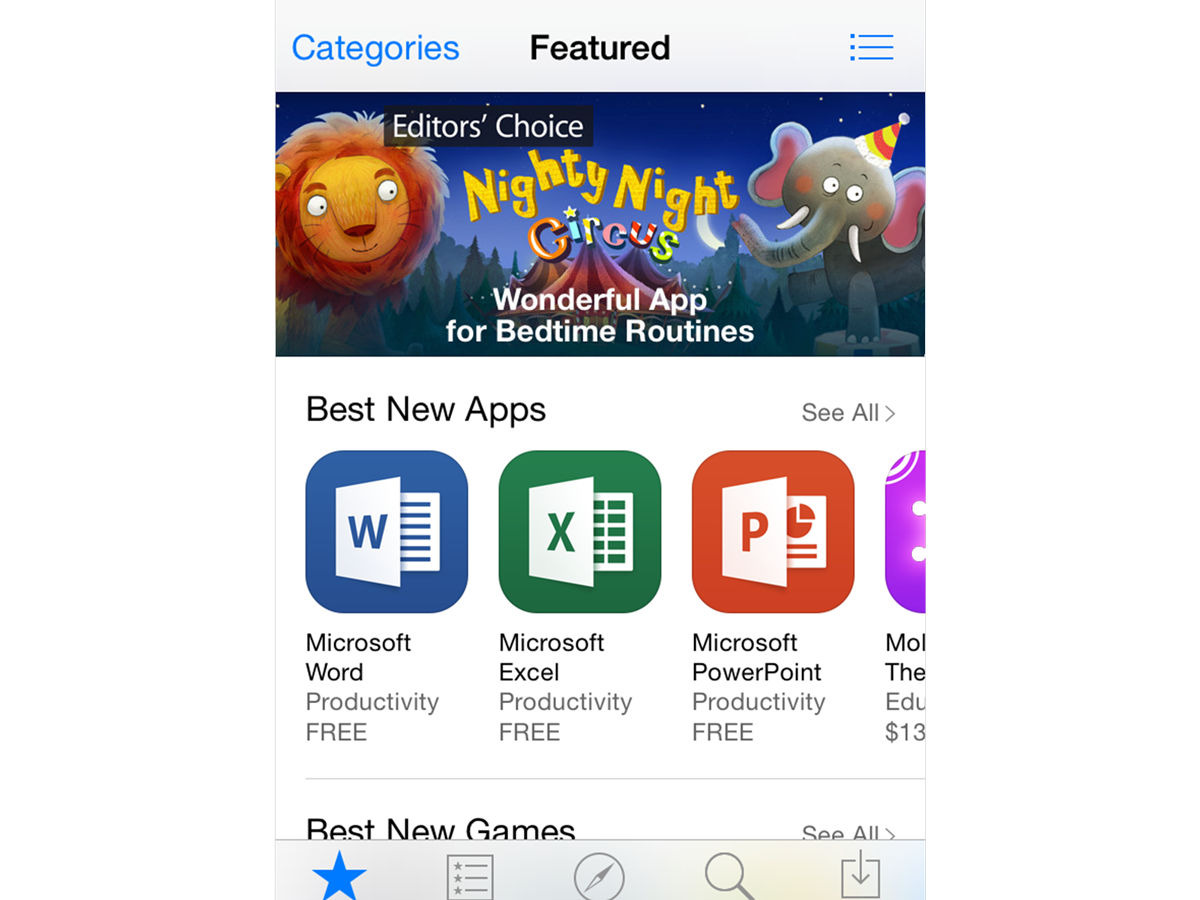 Recently I’ve enjoyed hearing about number of things from Microsoft.

Yes you read that correctly. Microsoft.

I try to be the kind of person who uses tools because they do what I need them to do, not because of who they are made by. I don’t think that should change when it comes to computers and software. (Which partially explains why I use both a Windows PC and a MacBook Air.)

At any rate. Let’s talk a bit about Microsoft and “who they have become.”

The other day I opened the App Store on my iPhone and was a bit shocked to see that the “Best New Apps” section included not one, not two, but three apps from Microsoft.

Word, Excel and PowerPoint were just hanging out there for the unheard of price of Free! Then I read an article today over on TechCrunch about how these apps were skyrocketing in downloads since they were released as free, fully featured apps for IOS.

Another interesting recent development has been the rumors and revelations around Windows 10.

In what appears to be (at least to my eyes) a bit of a change in approach, the Windows team has released a “technical preview” and is actively listening to customer feedback as they continue to finish developing Windows for the actual release.

Actually it appears that they have already responded to a lot of people’s criticisms of Windows 8. Things like bringing the start menu back, allowing “metro apps” to be displayed in a similar way to regular Windows apps, would point to them listening to at least a bit of the user feedback around the internet.

I’m actually a pretty big fan of Microsoft. At least the Microsoft of today. A year or so ago I was starting to get a bit fed up with them and where they seemed to be headed. After a switch in leadership they’ve been making quite a few changes in how they approach business in general.

So what changed? I think two major changes took place.

I don’t know what all is in store for Microsoft. They’ve recently bought Nokia and are now making and selling Windows Phones. They’ve been experimenting with the Surface series of tablets for a couple of years… Maybe they should build laptops and desktops like another big player in the marketplace. A player that uses an apple in its logo…

But kudos to Microsoft for trying new things and (finally) making some changes that make sense.

Now maybe they’ll give away Windows 10… like some other company does with their OS.  Wouldn’t that be an interesting development?