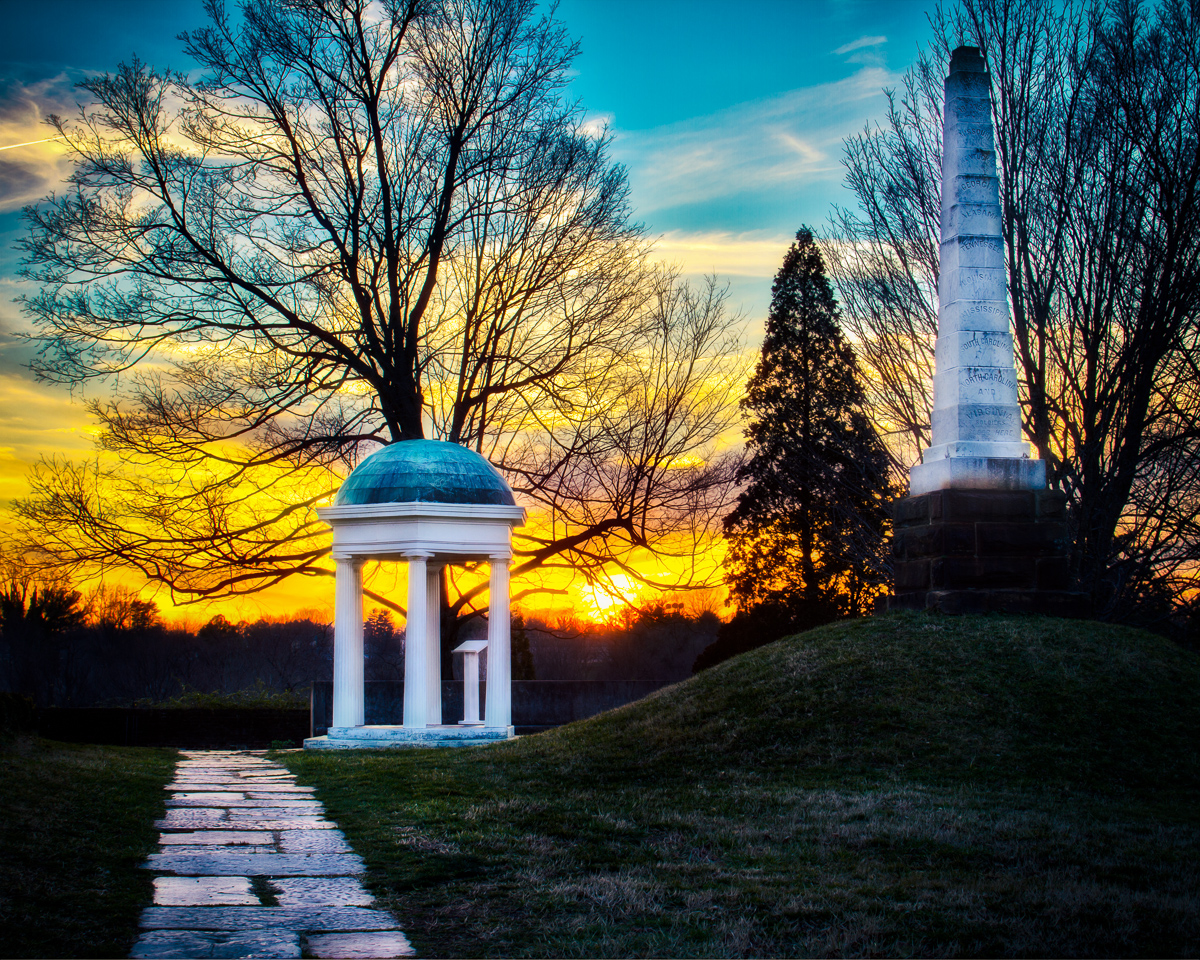 Lest We Forget – Graveyard

I was testing out my new camera one evening at the Lynchburg City Cemetery.

First I was was drawn to an arch that is on this path, back a few yards behind the camera point of view. From there it was just a progression of shooting what was in front of me and working the scene.

When it came to post processing the image kind of took on a life of its own and I pushed some limits that I don’t usually push with an image.

I was shooting on a tripod, mostly because I was shooting a series of brackets to merge together later as an HDR. That’s just about all I remember about the shooting part.

Once I put the image through the HDR process and cleaned everything up in Photoshop  I did some dodging and burning to accent the things that I wanted to really stick out. This was one of the first images that I spent a good deal of time dodging and burning, I continue to be amazed at how much better the image is because of the simple work of darkening and lightening parts of the image.

So there you go! Thanks for stopping by,