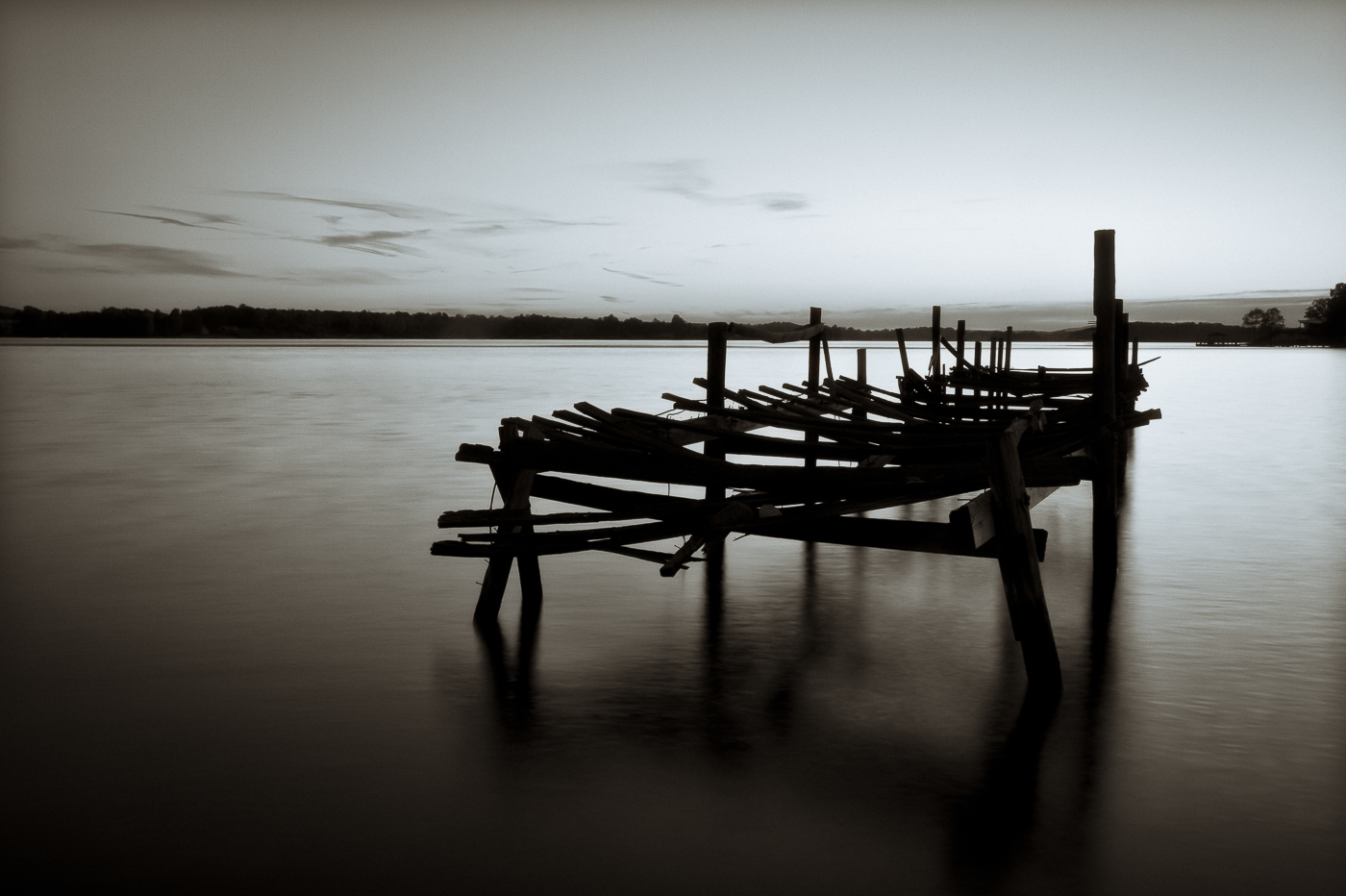 Out From Shore – Pier – Photo

Hey there! I hope your day is going well.

If you are looking at this pier (today’s picture) and turn to your left about 90 degrees, you would see the Blue Picture.

So they were taken very close together and on the same day. (I think it was the same day, I could go check the metadata but I believe I am correct here. But I could be wrong… either way the location is close to the same on both of these images.)

Most of what makes this shot work, for me, happened in the camera while I was taking the picture.

The biggest thing I did was use a long exposure and had the camera locked down on a tripod. This allowed the water to go blurry and “ghostly.”

This is also a single image, not an HDR, (I may have blended another exposure into it to help with the sky, I don’t remember for sure.).

One of the biggest things that I did was take this image into Photoshop and clone out a number of buildings. They were way off on the far shore, but since they were white they popped out of the image and yelled at me – this really ticked me off. So I got rid of them. 🙂

Beyond that it was pretty simple. Black and White conversion in Lightroom and then a some contrast added. I think I also dodged and burned this image some.

And there you have it.