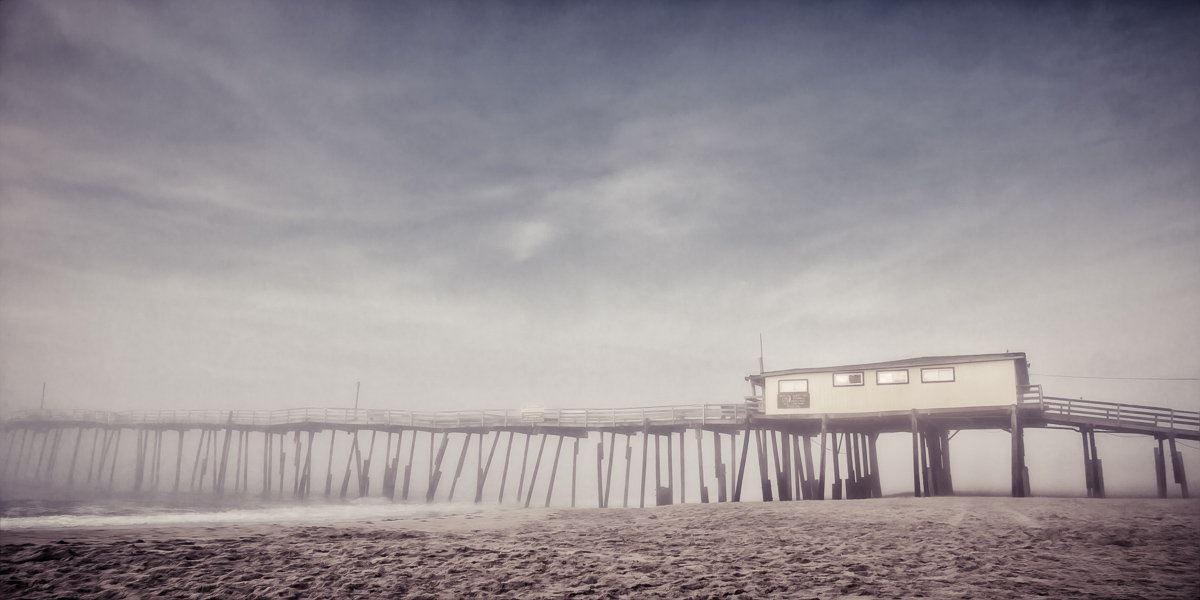 Pier to Some Where – Video of Edit – Pier – Photo

Another one from the outer banks. (there are a few more:) This was early one morning, it was a bit foggy, but rather beautiful anyway.

First off I shot the original exposure bracketed sequence on a tripod. Then… well… just watch and see…

I thought it would be interesting to occasionally do a screen cast of what exactly I did to a photo to get the image that I ended up with. So I guess that’s what you get today.

I did reprocess the image from start to finish, the end result is a bit different but the technique and stuff still applies.